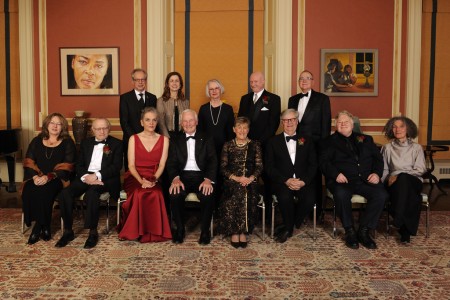 The Governor General’s Awards in Visual and Media Arts are Canada’s foremost awards for excellence in these artistic disciplines. The prizes are awarded annually to visual and media artists for distinguished career achievement in visual arts, architecture, independent film and video, or audio and new media. The awards also include the Saidye Bronfman Award for excellence in the fine crafts, as well as a prize for outstanding contributions to the visual and/or media arts in a volunteer or professional capacity. Each laureate receives $25,000 and a bronze medallion.